This year’s golf tourney was held again at the Wichita Country Club. Early morning showers and cloudy skies threatened an otherwise beautiful day. However, by the first tee time only clouds remained providing a comfortable golf environment for the remainder of the day. A near record number of golfers participated this year: 12 teams with 4 members per team for a total of 48 golfers. Event coordinators, Dr. Doug Milfeld and Vic King, ICU-RN, stated it was the largest number of participants in the past ten years. A special thanks to Dana Minson, KHH Cath Lab employee, for her work on registering all golfers and handling various duties throughout the day.

Team Mike Archer, his son, David Archer, Dr. Steve Taylor and Tom Kice took first place honors. Dr. Taylor made an astute comment, “What a difference a year makes. Last year, the team I was on finished last and now this year we won the tournament!” Drs. Milfeld, Duick and Peggy Duick commented on their first-time participant, Anna Robinson, a native of Garden City, Kansas and newly hired physician assistant who works with Dr. Christian Hourani, CC of K cardiologist. Dr. Milfeld said “Our team finished 5th out of 12 teams and without Anna we probably would have finished closer to Hawaii rather than 5th.” Dr. Duick added, “All afternoon she made shot after shot, some of which endangered orbiting satellites!” Anna’s highlight “shot-of-the day” occurred on the difficult par 4 10th hole. Her 200 yard rocket from the rough landed less than six feet from the hole!

Following the day’s golfing, the Wichita Country Club provided a wonderful poolside venue with appropriate distancing for all the golfers and their spouses. Because of a prior commitment, Steve Smith was unable to attend the tournament…his first absence in 22 years. Drs. Milfeld, Duick and Vic King co-hosted the awards ceremony after the dinner. As each award was announced there were resounding cheers for the winners. A great time was had by all. 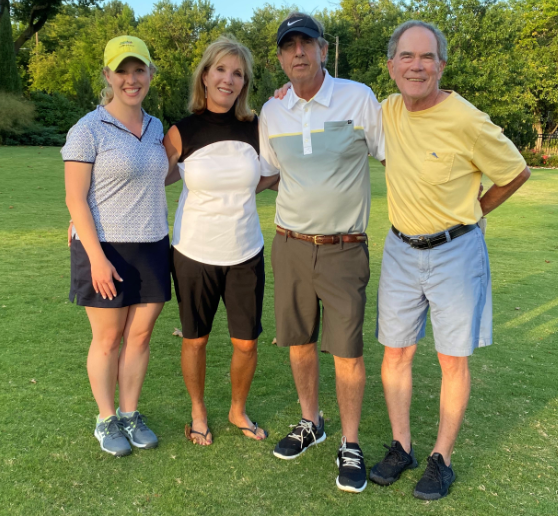