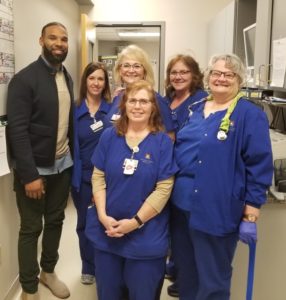 Recently, Matt Forte, retired running back for the Chicago Bears, and his wife, Danielle, were guests of Dr. Greg and Peggy Duick in Wichita. On Monday, January 13th, 2020, the Duicks co-hosted a noon luncheon meeting with Biblica, the international bible translator organization, at New Port Grill in Bradley Fair with Christy Davis, a member of the Biblica team. The Fortes were featured speakers and thirty people attended the event. Dr. Duick introduced Matt and mentioned that he first met him as a rookie in 2008. He further stated in the 100 year history of the Bears only the great Walter Payton “had rushed for more yards as a Chicago Bear and that includes Gayle Sayers.” Having retired in February, 2018 after ten seasons in the NFL, Forte was recently selected to the 2010-2020 all Bear Decade team as well as the prestigious 2010-2020 all NFL Decade team. At the luncheon meeting, Forte emphasized the need for all in attendance to consider what they can do “to make a difference” and use their time, talent and treasure with particular emphasis on time to help the less fortunate from both a corporal and spiritual perspective. Both he and his wife are currently ambassadors for Biblica and have made mission trips to India and South Africa since retiring. They also support their Chicago based foundation which benefits inner-city youth in Chicago. They reside in Chicago with their three children.

Following the luncheon they toured Kansas Heart Hospital and visited with nurses, physicians and staff members. Employees were surprised and excited by the unscheduled visit and, as one employee stated, “It made my day. I have been a football fan forever!” Matt, specifically, commented upon how many employees had long years of tenure at the hospital, many exceeding 15 – 20 years of cardiac care experience. Danielle and Christy Davis were impressed by how cheerful and engaging the staff were throughout the facility creating a family like culture. 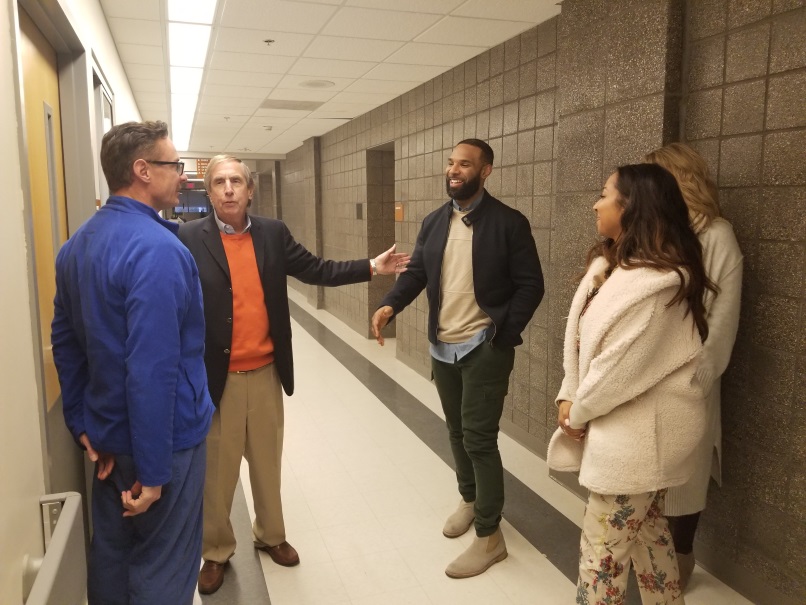 With the NFL behind them, the Fortes have just begun the next chapter of their journey …….