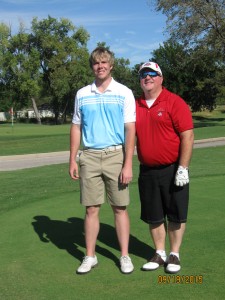 There was a slight breeze, temperature in the 70’s and the mid-day sun shone brightly with few shadows over the Wichita Country Club, the host country club for the 17th Annual Kansas Heart Hospital Golf Tournament. Seven flights of golfers took to the links and participated in a four-person, “best ball” format to benefit the American Heart Association.

The flight one team consisting of Vic King, RN, Michael Lloyd, DO, Jeremy Gant, Michael Grant, MD and Doug King, Vic’s brother, were led by Jeremy Gant and won the tournament. Jeremy had the longest drive of the day, closest to the pin honors and carried his team with excellent putting, chipping and seismic tee shots which hit just about every fairway. After the golf tournament Newsbeat caught up with Jeremy at the awards dinner and listened to his fascinating journey from Chanute, Kansas to the golf team at Newman University in Wichita, Kansas. While at Newman University Jeremy became ill and was referred to Dr. Michael Lloyd, cardiologist. Soon thereafter the news would be devastating…..Jeremy would need a cardiac transplant. On October 11th, 2010 Jeremy underwent cardiac transplantation at St. Luke’s Hospital in Kansas City. While in the hospital he was visited by Tom Watson and after his recuperation he played a round of golf with Rickie Fowler. Jeremy has completed his BA degree in accounting and his MBA at Newman University. He currently works as an accounting co-op/analyst at Koch Industries in Wichita.

Steve Smith, CFO, summed up the tournament, “Another perfect day and everybody had a great time!” Special thanks to Doug Milfeld MD, Vic King RN and Steve Smith for once again organizing the event and also many thanks to Kansas Heart Hospital volunteers, Dana Minson, Jane VanSkike and Kathy Bucchin for coordinating registration and golf services today. 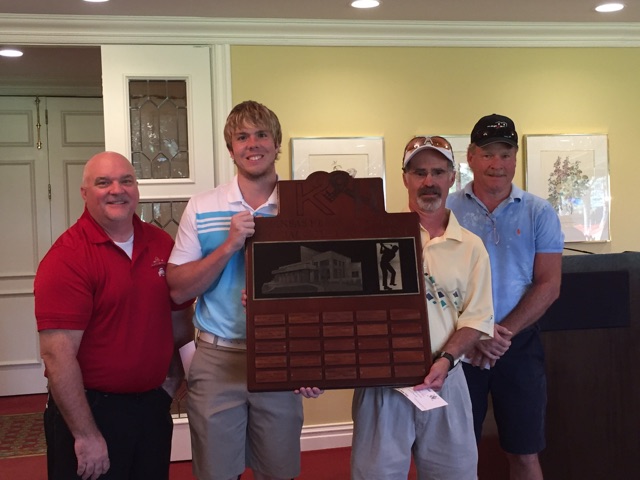