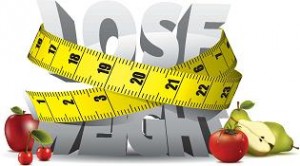 For the second consecutive year in a row Kansas Heart Hospital has been awarded the highest recognition platinum award by the American Heart Association for being a “Fit-Friendly Company.” Ever since the KHH program began in 2007 through 2011 KHH had received the gold recognition award annually which is just one step removed from the platinum award.

Grace Wong, MPH, RD, LD and Pam North co-founded the KHH wellness program in 2007. Grace states that “employees had asked about weight loss, diet and exercise. So a wellness program seemed to be a good idea.” Today, Grace spearheads the KHH Wellness Committee.

The 2013 KHH Wellness Program signed-up sixty (60) employees this past December. Goals for participation included a graduated exercise program beginning at 45 minutes per week and ending at 180 minutes per week. The weight loss portion of the program targeted a ten pound weight loss over twelve weeks; additionally, the program also provided for a Weight Maintenance Program. Each participant under went weekly Wednesday weigh-ins. Over the past seven years an average of fifty-five employees have participated yearly. Employees reaching their goals in 2013 numbered sixteen and were rewarded with gift cards, cash prizes and were recognized at the annual awards luncheon held on Friday, April 12th, 2013 in the KHH board and conference area.