Posted In: Employees Out & About 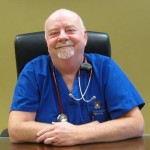 Harry Stockwell, Respiratory Therapist, has been an employee of Kansas Heart Hospital for greater than nine years. He began his professional career in 1979 in Emporia, Kansas where he became Director of Respiratory Therapy at the local, rural hospital before moving to Wichita. During his tenure, he was invited by a Home Health Care colleague to attend a local Lions Club International meeting and “I have been hooked ever since!”

Lions Club International was founded in 1917 and its home office is in Chicago.  The Kansas state office is located in Wichita, Kansas. Harry stated that one of the missions of this service organization is “to help individuals and communities deal with preventive health screening in the areas of sight, diabetes, blood pressure and hearing.” Mobile screening vans set up day-long screening events and inform the participants of abnormal results and encourage them to see their local health care providers. For a number of years the Lions Club has provided such screening services at the annual Kansas State Fair in Hutchinson, Kansas.

“I have participated at every level in the organization, including administrative positions,” said Harry. He has been president of two local Lions Club organizations, a District Chairman, a Zone Chairman, a Council Chairman and a Director for the Kansas State Lions Club Band. He has also participated in the international youth program which coordinates US-based Lions Clubs cultural exchanges with their international partners. From 1988 through 2002 Harry was the Youth Exchange Chairman which involves providing cultural experiences for international youth, ages 15-21, for a period of six weeks in the US. 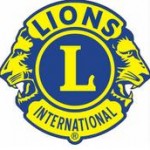 Harry mentioned, “I have found the exchange program especially rewarding, having started the program with Italy and working with kids from Australia, Japan and Peru and that continues today.” He stated that his Lion Club duties currently account for about three hours per week of his personal time….time, he knows and believes, is making a difference.

You can view the website for the Lions Club - Multiple District 17 by clicking here.