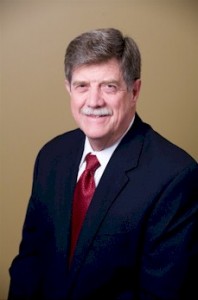 Kansas Heart Hospital is about the experience the first executive-level transition in its 12-year history.

The hospital announced Monday that its chief operating officer, Lynn Jeane, plans to retire Jan. 2. Before he leaves, Joyce Heismeyer will take over as COO on Oct. 3. She is the CEO of Allen County Hospital in Iola.

“We pride ourself on continuity of leadership,” Duick says. “We wanted to make sure the new person understood our culture.”

Duick says Jeane has been a key to the hospital’s success.

He started with the organization in 1998, months before it officially opened in early 1999.

“He really was instrumental is getting this thing off the ground,” Duick says. “Lynn brought a wealth of experience to Kansas Heart. He just continued that and further developed it.”

Meanwhile, Kansas Heart is gaining an executive with more than 20 years of experience in health care.

Heismeyer spent 18 years in leadership positions at Northwest Medical Center in Springdale, Ark., before going to Allen County Memorial in 2008.

She has a background in nursing, which Duick says is a good match for the hospital.

“She will fit nicely into our patient-centered nursing model of health care delivery,” Duick says.

Click here to read this article in the Wichita Business Journal.