Physician Owned Hospitals: The Best of Times and the Worst of Times 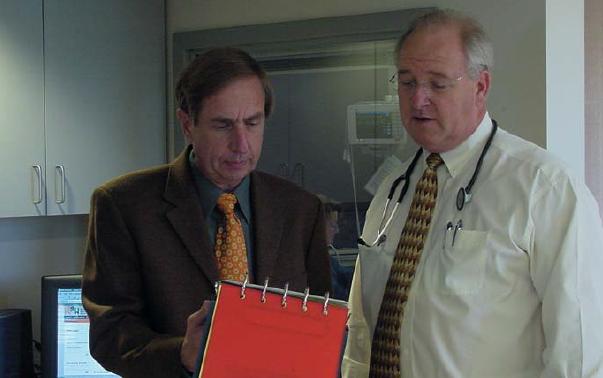 Dr. Duick and Dr. Youngman, both cardiologists from Cardiovascular Consultants of Kansas.

For physician owned hospitals in the United States, this is truly the best of times and the worst of times.  Here’s why:

THE BEST OF TIMES

1. The moratorium on the development of physician owned hospitals ends. This past year, in August of 2006, after an initial legislative moratorium passed as part of the Medicare Modernization Act and a subsequent extension of the moratorium, the prohibition on the development on new hospitals by physicians ended. Thus, for the first time in several years, physicians no longer face a prohibition on developing a new hospital and becoming Medicare certified.

2. DHHS final report. The Department of Health and Human Services (DHHS) issued its Final Report to the Congress on physician-owned hospitals as required under the Deficit Reduction Act of 2005 (the “Final Report”)1.  In the Final Report, the DHHS Services noted:

3. Growth. There is expected to be tremendous growth in the development of physician owned hospitals. The Final Report counted approximately 130 specialty hospitals throughout the country as of its last study. The Wall Street Journal, relying on similar figures, also showed that there are approximately 130 specialty hospitals. The best defense to the development of prohibitory legislation is tofficials at CMS stated that they would be pleased with a prohibition on physician ownership of ambulatory surgery centers. However, they noted then that there were simply just too many ASCs at that time to pass any sort of prohibition. In contrast, physician owned hospitals due to their smaller numbers are still vulnerable to such a challenge.

4. Changes in ASC reimbursement. The systematic provision of higher reimbursement for hospitals over surgery centers for the exact same services has the unintended effect of making it more palatable for physicians to develop hospitals instead of surgery centers. This will lead to further growth in physician owned hospitals.

5. Patients of smaller physician owned specialty hospitals. Studies tend to demonstrate that the quality and the patient satisfaction results in small physician owned hospitals that are focused are extremely high compared to the survey results for community and general acute care hospitals. Thomas A. Gustafson, Ph.D., a Deputy Director at CMS testified to the Senate Finance Committee on March 8, 2005 about CMS findings relative to patient satisfaction:

6. Profits of community hospitals are at record amounts. It was recently noted that community hospitals as a whole managed to make profits of approximately $29 billion dollars in 2005. When this type of profit is shown, it makes it increasingly hard to argue that specialty hospitals and physician owned hospitals are putting a significant dent in profits or causing harm to general and acute care hospitals. Government and other reports support this conclusion:

In essence, profits are at record numbers despite the growth of surgery centers and specialty hospitals.

THE WORST OF TIMES

2. The House of Representatives has been the biggest ally of physician owned hospitals. The substantial political shift of power in the House of Representatives is likely to change this dynamic. In essence,  rather than rely upon more right-leaning members of Congress who tend to be pro competition, it is likely that more moderate, left of center allies will have to be sought out. Legislators like Pete Stark, who are unlikely to ever be a friend to physician ownership, have already articulated physician owned hospitals as one on the key avenues of attack for the party as the Democrats have significant control of the Senate and the House.

3. DHHS final report. The DHHS Report, while overall positive for physician owned hospitals, still provides plenty of statistical data that can be used by the Federation of American Hospitals (FAH) and the American Hospital Association (AHA) to argue that specialty hospitals are bad for healthcare. In essence, in each of the many reports that have been developed by the federal government over the last several years, there is information and statistics that can be used by both sides of the debate to press their point.

This means that representatives and senators in any of the states that do not have a physician owned hospital face little constituent backlash or political consequence to voting along the lines of a Baucus-Grassley bill. In essence, these legislators do not have constituents that will remove them from office based on a vote.

5. Single patient death. Last year, a patient died in a specialty hospital in Portland, Oregon.  The industry was then subjected to a whole scale review and negative commentary by Charles Grassley and others. In essence, he asked for a comprehensive investigation of safety practices in specialty hospitals.  It is unusual that a single death results in a review of that entire industry. The heightened reaction to this incident shows that physician-owned hospitals are still vulnerable on a federal and state level.

6. The battle at the state level remains brisk. In several states, legislators have worked to pass legislation prohibiting the development of physician owned hospitals. For example, the Kansas Hospital Association (KHA) released its 2007 legislative agenda for Kansas Community Hospitals, one of the key action items included taking action against limited service facilities, such as physician owned hospitals, “to ensure that no additional harm is created that will jeopardize the care and services received by Kansans.”5 The KHA noted that “there have been numerous studies on the national and state level that point to the negative impact limited-service facilities have on communityhospitals” and further noted that policy changes are necessary.

In Ohio, Governor Bob Taft of Ohio signed into law on December 29, 2006 a moratorium which provides the following prohibition:

[D]uring the ninety-day period beginning on the effective date of this act, no person, political subdivision, or agency or instrumentality of this state shall establish, develop, or construct a special hospital in a county with a population of more than one hundred forty thousand but less than one hundred fifty thousand.6

In addition, Montana passed a temporary moratorium. The Montana Code provides that the Montana Department of Public Health and Human Services “may not license a specialty hospital until July 1, 2007.”8 Like the Ohio legislation, “specialty hospital” is defined the same way as the federal statutes define specialty hospital, i.e., a hospital that is exclusively or primarily engaged in the treatment of one of the following categories: patients with a cardiac condition; patients with an orthopedic condition; patients receiving a surgical procedure; or patients receiving any other specialized category of services as the secretary may specify. California and Pennsylvania almost passed similar legislation this past year.

7. The middle of the house. As Congress changes and evolves, the battle for the centrists in the House of Representatives becomes more and more critical. Associations such as the American Hospital Association and the Physician Hospitals of America (PHA) will be aggressively attempting to seek alliances with centrist representatives to lobby for or against legislation.

8. Omnibus Bill. Until at least 2008, there will be a President and an administration that is in favor of physician owned hospitals and competition. One of the real risks to the industry arises in the context of not a single issue bill but an omnibus bill. For example, if the Republican representatives in the House and Senate believe that they need “something” as part of an omnibus reconciliation package or other package, this is the situation where a law related to physician ownership of hospitals can become part of a much larger legislative package.

Should you have questions on issues related to physician ownership of hospitals or other issues in this article, please contact Scott Becker and Elissa Koch Moore, the coauthors of this article. For additional information, or should you wish to support the Physician Hospitals of America, please contact Molly Gutierrez, PHA Executive Director, at 605-275-5349 or mollyg@surgicalhospital.org and join PHA.

Elissa Koch Moore is an associate based in the Chicago office of the McGuireWoods Health Care Department. As of December 2006, McGuireWoods LLP is the nation’s fourth largest health care law firm as ranked by the American Health Lawyers Association.

1. The Final Report is available in its entirety at www.fahs.com/issues/studies/Specialty08_08_06.pdf.

7. Ohio State Senate Bill Number 116, Section 4(A). Section 4(C) provided an exception to the prohibition, i.e., any project that had obtained all local permits necessary to begin construction were obtained on or prior to the effective date of the act.

Click here to view this article online at the PHA Pulse.