Duick steps down as Kansas Heart CEO, will remain as its chairman 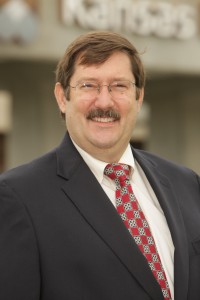 The city's first specialty heart hospital has a new CEO.

The Kansas Heart Hospital, 3601 N. Webb Road, has named Dr. Thomas L. Ashcom as its chief executive after Dr. Greg Duick, a co-founder of the 54-bed hospital, announced his resignation at an annual board of directors meeting Feb. 14.

Duick will remain as chairman of KHH, a position he's held since the hospital's founding in 1999.

"It's time to make some transitions and divide up some of these duties," Duick says. "It's an enormous task."

Lynn Jeane, KHH's chief operating officer, says Duick has been "run ragged" between his duties as chairman, CEO and a practicing cardiologist.

"Yesterday I did seven heart catheterizations and held meetings before and after," Duick says. "In fairness, you have to bring a little sanity to the program."

Duick says in his sole role as chairman he will be able to focus on long-term issues and planning for KHH, rather than balancing those duties with that of the day-to-day operational focus the CEO role requires.

He will also be able to spend more time with family, he says.

"It's been a heck of a run in five years," Duick says.

Succeeding Duick is Ashcom, also a practicing cardiologist, who has been a member of Duick's physician group, Cardiovascular Consultants of Kansas PA, since 1993.

"He was a great choice to do this," Duick says.

Besides his cardiology practice, Ashcom has served as chair of internal medicine at Via Christi Regional Medical Center and KHH.

He also just retired as a lieutenant colonel in the U.S. Army Reserves, where he served his last tour of duty in fall 2003 in Germany.

Up until last spring, Duick shared the CEO post with Dr. Badr Idbeis, a thoracic and cardiovascular surgeon who founded KHH with Duick.

KHH directors made the decision to move away from shared CEO duties for several reasons, officials said at the time.

One was the inefficiency of having hospital staff report to two CEOs. The daily operational responsibilities Duick and Idbeis shared meant there were times one CEO was making a decision without the other's consult.

According to the most recent data available from the Centers for Medicare and Medicaid Services, KHH had total revenue of $91.1 million for the year ending Sept. 30, 2002. Its net income for the period was $13.9 million, for a profit margin of 15.26 percent.

Click here to read this article online at the Wichita Business Journal.