A Response to Managed Care 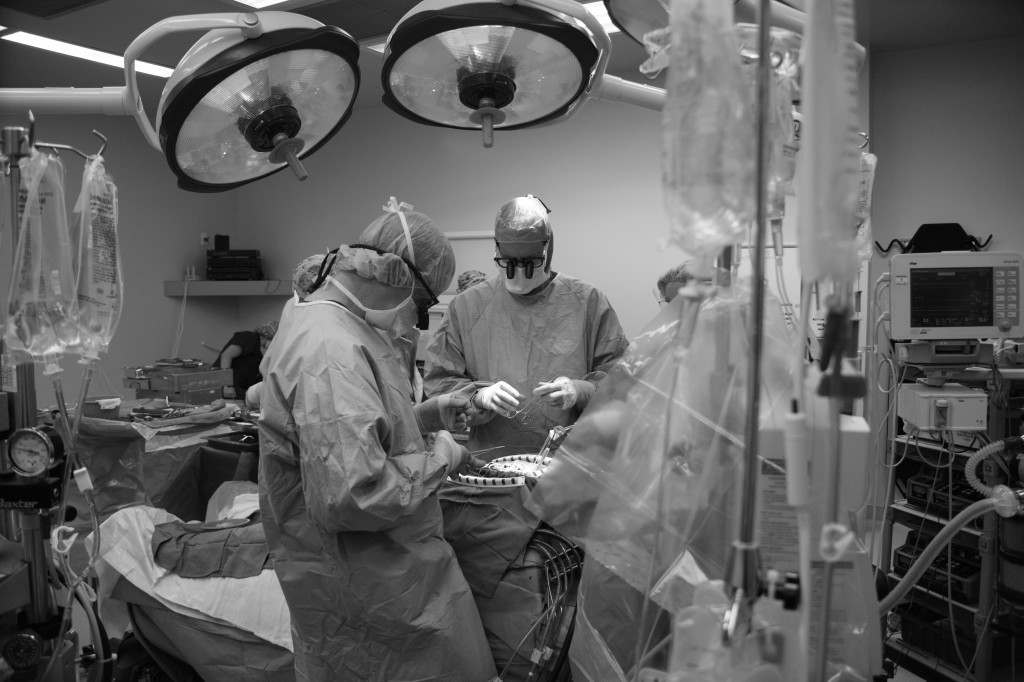 More than five years ago, managed care was emerging as the buzzword for health care in the 1990’s, physicians Greg Duick and Badr Idbeis didn’t like what they were seeing.

Their decisions, their medical decisions, about the best course of care for patients, were being circumvented by an emphasis on cost. Idbeis had a patient, for instance, who had been in the intensive care for more than 24 hours. A hospital utilization review officer showed up and he said the patient would have to be moved. The insurance company, the review officer said, probably wouldn’t pay for such a high level of care for more than 24 hours. Idbeis protested the patient was not yet well enough to be moved out of the unit. He won the debate, but not before “jumping through hoops and hurdles.”

“It is frustrating to take care of patients, when somebody else is telling you what to do,” he said. That was one of a host of incidents that eventually brought Idbeis, a heart surgeon, and Duick, a heart specialist, together. And from that partnership emerged an idea to create their own hospital, one that would afford the pair and their colleagues greater ability to control the type and level of care they believed their patients needed. Said Idbeis, “The truth is, we’re going where we asked to be. To, above all, take care of the patient. We (had) lost that ability.”

In mid-February, Duick and Idbeis saw their idea come to fruition when the $15 million Kansas Heart Hospital admitted its first patient on February 15th. The more than 42,000 square – foot sub-specialty hospital at 3601 North Webb Road is not designed to be all things to all people. As its name denotes, the heart hospital specializes in treating heart disorders and does it by offering a number of surgical and non-surgical procedures and tests.

Those procedures include heart by-pass surgery, heart catheterizations, balloon angioplasty and stent insertion, peripheral vascular surgery and pacemaker implantation. Two newer forms of heart surgery also are being performed at the heart hospital: beating heart surgery, performed without the use of a heart - lung machine as in traditional by-pass surgery, and trans-myocardial revascularization, in which surgeons use lasers to create new channels of blood supply to the heart. The heart hospital also treats medical disorders such as congestive heart failure, rhythm disturbances, and angina, more commonly known as heart pain.

A staff of 27 certified heart specialists and surgeons comprise the hospital’s medical staff and 105 employees (the majority are registered nurses) make up the rest of the staff. Its 27 physicians also share a 40% ownership in the hospital, while 20% is controlled by non-referring or retired physicians and 40% is controlled by local private investors. Inside, the hospital boasts a total of 43 beds in three patient care units; a 10 bed intensive care unit, a 10 bed intermediate unit that cares for pre- and post- surgical and procedure patients and 23 bed, step-down unit. Both Duick and Idbeis estimate the number of surgeries and procedures performed at the heart hospital to be more than 700 since it opened its doors earlier this year.

“To patients,” Duick said, “the heart hospital offers a unique style of management that he calls “physician empowerment.”

Nursing, said the heart hospital’s co-founders, is at the heart of their philosophy. “What we did is we spent our limited resources on nursing, not administration,” said Duick. What Duick and Idbeis, who share the duties of co-chief executive officers, have done is to limit the depth of hospital administration. Its only administrators include Steve Smith, Chief Financial Officer and Lynn Jeane, Chief Operating Officer as well as a Director of Nursing.

Because of that narrow management scope, they said, they can afford to have ratios of one RN to four patients in non-critical areas and one RN to two patients in the ICU (with the exception of a fresh, post heart surgery patient, where the ratio is one RN to one patient). These ratios enable RNs to provide better care. It also makes for a happier staff.

Says Duick, “If you lose nursing morale, you lose the spirit of the hospital.”

Though both doctors said they’ve enjoyed great success in the hospital’s first five months, it hasn’t been an easy endeavor.

Chief among the hospital’s struggles is its ability to receive certification from various insurance carriers. That certification would allow the heart hospital to be placed on a carrier’s network of hospitals and enable it to receive a greater amount of reimbursement.

But it has received Medicare certification -  65 percent of its patients are Medicare -  and Medicaid certification is pending. While Duick is confident private insurance companies will soon follow, he can’t and won’t turn anyone away, he said. He can’t because of federal laws, and he won’t because that would contradict the idea on which the hospital was founded.

“You would lose all credibility,” Duick said. “So it is a non-issue.” So for those patients who are insured through a plan that has not certified the heart hospital, Duick said the hospital absorbs the difference in reimbursement and the cost of delivering services.

Plans call for a 43,000 square – foot office building to be constructed adjacent to the heart hospital. That project – plans are 90 percent complete - is expected to get underway before the end of the year.

Both Duick and Idbeis hope that what the heart hospital will do is to put a signature on Wichita as a center for cardiac health care in the state. And they said to do that they’ve got to put all their effors into making the heart hospital a well regarded institution.

“Anytime you label yourself a children’s hospital or a heart hospital, it’s going to be expected that you’re better,” said Duick.

Click here to read this article online at the Wichita Business Journal.